MIDDLEFIELD, Ohio—Chem Technologies Ltd. is expanding again, this time adding a 36,000-sq.-ft. addition a few miles away from its facility in Middlefield, giving the company its eighth mixing line.

Chem Tech also just completed an addition to the Middlefield facility, adding a research and development center and wing of executive offices.

"We've had some excellent growth considering the economy," said Randy Vancura, Chem Tech chief operating officer. "We're taking care of the customers. We really listen to the customer and try to sort out where we can create value for them."

The company just broke ground on the addition in October, and Vancura said the goal is to get the foundation in place before the end of 2013. Chem Tech is targeting next spring for an opening date.

The new facility is located on a 500,000-sq.-ft. plot near its existing facility. Vancura said the company wants to use the entire site eventually for further expansion, but will do so in phases.

"Our goal is to never run out of capacity," Vancura said. "The site we just broke ground on can go up to 500,000 square foot (of space). Now we're not building that much yet, I don't need that much. But we'll be building that in modules. That will give us the ability to grow into the future. We should be set for some time before we have to look at a new physical location expansion." 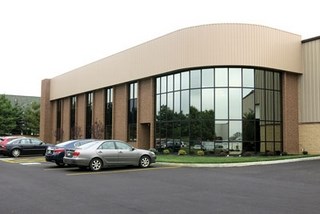 Chem Tech is expanding to keep up with its rapid growth. Vancura said the company has grown by 50 percent each of the last two years. So far through 2013, the company has posted a 30-percent sales increase. The secret to the company's success is its focus on the customer, said Jim Schill, its chairman and CEO.

Schill founded Chem Tech in 2001. He was a founder of Elastochem in 1979, and started Gold Key Processing in 1998. He worked for Burton Rubber as chief financial officer and vice president of finance in 1966. Elastochem was sold to Rhein Chemie in 1996, and Gold Key was sold to Hexpol in 2007.

Schill has brought the same approach to Chem Tech as he did his other two successful ventures: creating the best job possible for his employees.

"We make it worth their while to work here," Schill said. "We pay 100 percent of health care; there's practically nobody else in the county that does that. The way I look at it, at some point in time if you say to your employee from here on in, you have to pay for a portion of your health care, that's a pay cut."

Vancura also was involved with Gold Key and stayed on as managing director when the company was sold to Hexpol. He joined Chem Tech as the chief operating officer after doing some consulting work for the company.

"It isn't just the equipment; it's the people," Vancura said. "It's our systems and how we're doing business."

Chem Tech's focus is on high value molded or extruded goods as well as medical, pharmaceutical and defense. Vancura said the company mixes just about everything except silicone—ranging from all organics to both natural and synthetics.